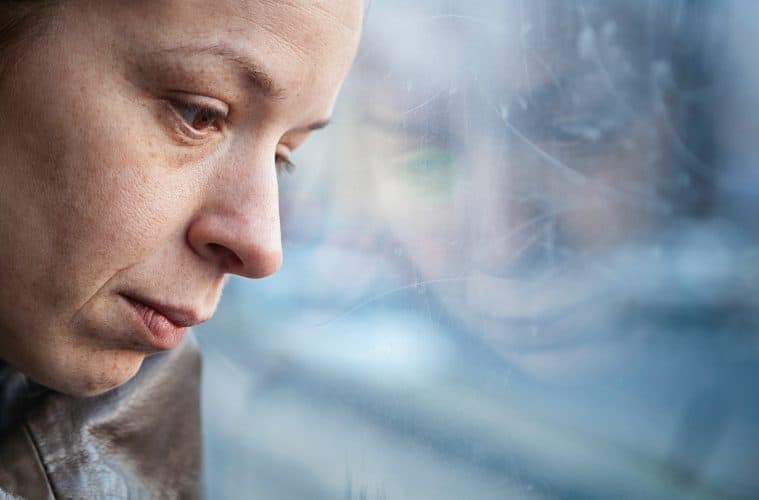 More Than You Think: Substance Abuse in Older Women

How do you picture a drug abuser or addict? Young, disheveled, gaunt, male? While this picture does represent a large proportion of drug abusers, could it be you or a loved one or friend? Unfortunately, the rate of drug abuse by mature men and women has increased alarmingly over the last 15 to 20 years. Let’s explore this trend and what it may mean for you as a mature woman.

How common is substance abuse/addiction in “mature” or “older” people?

There is no single age that is defined as “mature” or “older,” but studies have utilized lower limits of 50, 55, 60, or 65 years of age. Studies show that the incidence of substance abuse has significantly increased over the last ten to twenty years, with some evidence that substance abuse/addiction has doubled or tripled during this time period among this age group. Fortunately, mature adults account only for 3 to 7 percent of people seeking addiction treatment. So compared to younger age groups, we mature folks are definitely less likely to become addicted. That’s a good start!

Are women more or less likely to become addicted than men?

It’s generally thought that women have lower addiction rates than men, although specifics in the mature age group are unclear. However, women tend to become addicted more quickly and at smaller doses of substances abused.

What drugs are we most likely to abuse?

The most commonly abused substance for all abusers is, not surprisingly, alcohol. However, as of 2012, cocaine/crack, marijuana/hash, heroin, nonprescription methadone, and other opioids all occurred more frequently within the older age group as compared to 2000 data, with opioid use increasing by over 200 percent. Over 70 percent of mature women in addiction treatment were being treated only for alcohol abuse as of the year 2000. That percentage dropped to around 55 percent in 2012. Taken together, this means that more mature women are seeking treatment for abuse of substances other than alcohol and may be more likely to abuse multiple addictive substances. This may mean that mature women will become more severely affected by their addiction over time. Increases in prescribed drug misuse, measures to address the current opioid death epidemic, and changes in the legal status of marijuana will probably change data over the next five to ten years.

A quick note about alcohol

The combination of alcohol with any other substances (including illicit drugs, prescription drugs, over the counter medications and vitamins or supplements) ups the ante on dangerous effects in all age groups. Combinations of alcohol with opiates, sedatives, and antidepressants are common. All of these combinations can cause decreased consciousness and slow, ineffective breathing, which is the most common acute cause of death due to addiction.

Do women differ from men when it comes to substance addiction?

Yes, although individuals can vary and it’s unclear how a woman’s age might change the effects. Some of these differences are good for women, some may be a disadvantage, and other differences are just that—differences. It’s thought that metabolism and hormones account for at least some of them. Here’s a list of some of those differences.

The good news for women when it comes to SUDs:

The bad news for women when it comes to SUDs:

What are some of the effects of increasing age on addiction?

The vulnerabilities to and effects of substance abuse in mature adults mostly relate to normal physiologic changes of aging and the effects of chronic medical problems and medications used to treat them. Here are some of most concerning effects of addiction later in life:

How is substance addiction treated?

Treatment of substance abuse disorders needs to be a team effort, incorporating physicians, mental health workers, substance abuse therapists, social workers, routine medical care providers, and an engaged and committed patient. The treatment plan needs to be comprehensive but flexible and should include long-term follow-up and support. In most cases, the needs of women and men vary by the individual rather than by gender.

Outpatient treatment is generally effective for low complexity patients (those with only one substance abused, no major medical problems, no history of previous addictions, and short-term history of abuse). This applies to most mature adult addiction patients.

Inpatient treatment is most effective for more complex patients, including those with more complicated substance abuse patterns, multiple medical problems, severe addictions, longer history of substance abuse, separate mental health disorders, or who require more complex management of withdrawal symptoms. This allows for closer monitoring, observation for and treatment of withdrawal symptoms, initiation of multiple types of therapy if needed, and more control over stress triggers.

Other features of addiction treatment may include:

Are women more likely to stop and sustain addiction behaviors?

Yes, although most closely studied in the context of opioid addiction treatments, women do tend to be more likely than men to achieve and sustain abstinence from addictive substances following treatment. Older addiction treatment patients are also more successful.

So yes, substance addiction is increasing among mature folks. Both age and gender influence the effects of substance abuse, with women possibly suffering fewer and less severe consequences and achieving better treatment outcomes. Substance abuse in mature age groups needs to be a future priority for much more study. It may also be a more significant part of your life and the lives of those around you than you think.

How do you picture a drug addict now?

Dr. Laurie Romig is a board-certified emergency medicine and emergency medical services (EMS) medical direction physician. Along with her emergency department experience, Dr. Romig’s involvement with substance use disorders includes educating EMS providers about acute, out of hospital medical evaluation and treatment of substance use patients and their associated medical problems. Dr. Romig also provides medical reviews and writes content for Addictions.com in her spare time.