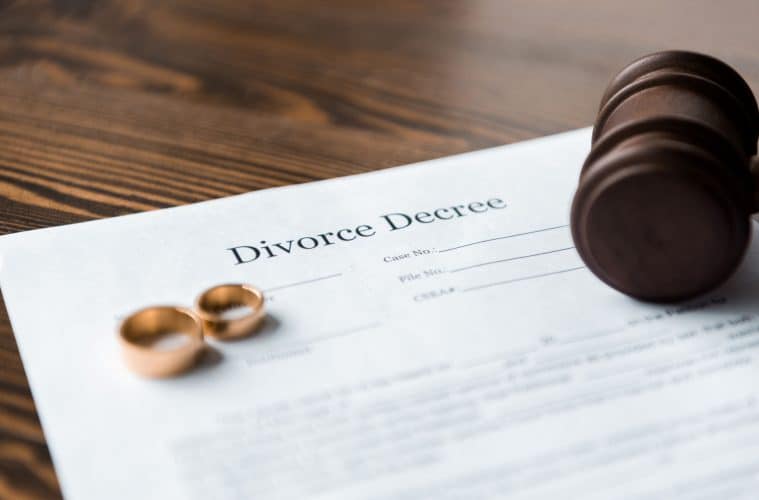 There is Life For Divorced Women Over 50

This article was written by Deborah Garratt, a member of our content contributor program who is a life coach & spiritual healer for women over 40. She specializes in women in FULL bloom, meaning women who have experienced joy, love and pain, and disappointment.

For most of you reading this, you are old enough to remember how divorced women over 40 were depicted in the ’60s and ’70s. They were classified as basic failures in all things relating to femininity, family, stability, and morality. That is a long list of the most important things in life or what society perceived them to be. As a child, my first recollection of older, divorced women was from television. Even in the ’70s, in the midst of the feminist movement, this was seldom spoken of as a phenomenon. Although divorce was becoming more and more common by then, it was still considered tawdry and came with a stigma that was both humiliating and alienating.

The circumstances or chain of events that caused the end of marriage were not important.

In many cases, the wives were characterized as the main culprit regardless of the circumstances. When the husband cheated or left his wife for another woman, society still blamed the wife for the marriage’s unraveling. Perhaps if she had lost 20 pounds or kept a cleaner home and had dinner on the table at exactly 6:00 every night, he wouldn’t have strayed. When the wife chose to work outside of the home, that would often be blamed for the marriage’s demise. Not only due to the above-mentioned reasons but because she was putting her own career and selfish needs over the betterment of her marriage and family.

The perception of divorced women back then was that they were somehow deeply flawed. Why else would her marriage not stay intact? She must be emotionally unbalanced, frigid, or just not wife material. Not only did women go through financial devastation, but they found themselves being labeled by society, including their family and so-called friends. There was a huge price to pay that took years to recover from, including rebuilding their lives, reputation, and financial stability.

In many ways, the fallout for women today going through a divorce is the same now as it was then. I left my husband about 10 years ago. I had more than enough reasons to do so, yet I took all of the blame. A friend tried to warn me that my children, family, and friends would view me as the bad guy if I left. She recommended that I stay and make him so miserable that he would eventually leave. Then I could play the victim card, and my husband would be blamed for the end of our happy family. In my naïveté, I couldn’t fathom this actually happening. After all, this wasn’t 1972, and I had good relationships with my daughters, family, and friends.

Boy, was I ever wrong.

Even though my reasons for leaving were valid, and there was never a third party involved in my marriage, I absolutely took the blame. I suffered insurmountable loss both financially and emotionally. In many ways, I went through exactly what the courageous women before me did: complete alimentation from my daughters, family, and so-called friends.

I understand more than most the fallout and pain that comes along with divorce later in life. It takes courage and blind faith that you will eventually come out the other side happier, wiser, and stronger. I believe that this is the most difficult time to face the process of divorce and the uncertainty that lies afterward. In many ways, this goes against human development and societal expectations. This is supposed to be when as a couple, you’re just starting to enjoy the empty nest and have the time and desire to rekindle your relationship as you finally see retirement around the corner. Going through separation and divorce destroys all of that.

Many marriages fall apart during this time due to simply growing apart. I had a friend years ago whose parents had been married for almost 30 years. Her father was an airline pilot and therefore was seldom home. Her mother always joked that when her husband retired that she would have to leave. They had four children, and she felt that the children were the only things they had in common anymore. Sure enough, he retired, and she up and left about four months later.

At about this age, we realize that if we are going to pursue happiness, it needs to be now. We come to grips with the fact that we aren’t getting any younger, and that time stands still for no one. In today’s world, it is hard enough to be single in your 20s and 30s, let alone in your 50s and 60s. Let’s face it; there are not a lot of good fish in a stagnant small pond. Many of us decide that it’s not worth the effort and usual disappointment of trying to find love again.

Once fishing in the small, underpopulated pond of good fish is exhausted, we turn our attention to other things. We take up hobbies that we’ve always meant to but never quite found the time or desire for. Suddenly we find ourselves with nothing but time. The adult children that we successfully launched into the world seem to be so entrenched in it that we seldom hear from them. All of the married friends we once had are suddenly busy and obviously sympathetic but only from a safe distance. This leaves us with few options. We are forced to create new friends, preferably other single women our age that still have some fun left in them. Our goal is not to find members of the pity party of jaded and bitter divorced women. There are plenty of those to be found, but we need to avoid them at all costs for our sanity and spiritual well-being.

I want you to know that there is life after 50 years old and divorce.

It might not be the life we planned or dreamed of, but it is ours. I have more respect for the receiver of a rocky life journey of substantial highs and at times devastating lows than the others who opt for a safe but joyless path. I used to have a lot of friends that took the latter path. Some were miserably married, sleeping in separate rooms for years, but neither one miserable enough to take action. Taking action like marriage counseling or separation would be messy, cost too much money, or lower their social standing. At times I was envious and at other times bitterly jealous. I thought that they still had everything, a happy marriage, a big house, loving children, future perfect grandchildren, and a future of nothing but exotic vacations and a second home for the extended family—all of the things that I lost and would probably never have.

For my sisters who are contemplating divorce or for those who have already embarked on the journey, I want you to know that I see who and what you are. Even if the rest of the world or the people closest to you, like your children and friends, don’t understand you or the journey you’ve chosen, I do. Please don’t forget that you are on the right path for yourself. I can promise that the strength, faith, and beauty we’ve shown not only ourselves but the world has made us stronger and wiser. By taking the path to find, love, and reinvent ourselves, we have inspired and empowered other women, including those brave enough to follow in our footsteps.

We should be thankful for the strong women who made the beaten path before us with their tears, resolve, and faith. We are a sisterhood, and we need to support each other with compassion, respect, and honesty. I will not tell you that the journey you’ve chosen will be an easy one because it won’t be. But I am here to tell you that you are not alone and that in the end, you will have self-respect, perhaps finally love yourself, and realize that you are far stronger than you ever imagined. These accomplishments are what really matters in life, and sadly for most people, they will never achieve a single one. We are the chosen few that have risked and lost so much to take the forged path by the amazing women before us. I honestly think that we are the chosen ones to push ourselves to heal, grow, and eventually come back to love. I am a proud member of this club, and we welcome you in with loving, supportive arms.