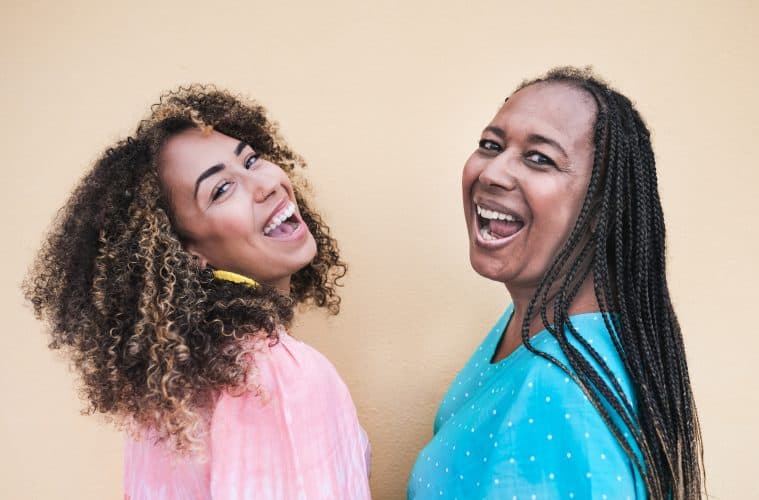 The Gap is Widening Between Us and Our Grown Children

This article was written by Deborah Garratt a member of our content contributor program who is a life coach & spiritual healer for women over 40. She specializes in women in FULL bloom, meaning women who have experienced joy, love and pain, and disappointment.

I had the honor and privilege of being a stay-at-home mom.

Almost all of my friends went back to work. Some of them were dreading it and feared that they would miss their children terribly, while others couldn’t wait to get back. I used to say that women have maternal instincts and capabilities on a scale of 1 to 10. I have met some mothers who are 10. It comes naturally to them and is beyond fulfilling. And I have met others that appear to have no maternal instincts at all.

As our children grow up, it is a long, slow break away from us. It starts at birth and continues through each milestone in development. Each milestone is taking them further away…first steps, first day at school, first overnight away, the first week at camp, first time learning to drive, etc.…

I used to joke and say that our species would have gone extinct a long time ago if human beings were born as teenagers. And there’s a lot of truth in that. I want to think that I did a good job of letting my children break away. By the time they are teenagers and about college age, we become resigned to the fact that the final milestone has arrived. Suddenly we become the mother bird…looking over the edge of the nest, knowing that it’s time to push them out.

Our children experience this freedom in different ways and take many different paths. Some go to college, others go to work, and some try to stay in the nest even though it’s crowded in there. Not so much literally but crowded with different viewpoints, ideas of what’s acceptable, and how to coexist with one another. This happens because they no longer really belong in the nest. Hopefully, after enough disagreements and drama, they will finally, out of pure survival, sprout wings and fly.

We are not supposed to agree with our grown children.

Part of the price we pay for setting them free is that they learn from other people and form opinions that may differ from ours. We have sent them off to be educated and have experiences that we know will ultimately form who they are. And I think that in today’s society, the age gap, as they used to call it, is wider than it’s ever been.

The combination of the breakdown of the American family and higher learning and idealism are widening the gap. I feel a real disconnect with my children. Most of it is probably my fault. They might look back and think that I should have worked. Here I was thinking that I was doing the right thing, setting aside my career and aspirations to stay home and take care of them. I am not sure that young people today put any value or importance on what I did.

There is a pervasive sense of entitlement in our society that stems from several things. I know that I was part of the generation of giving our children too much. Many parents did this out of guilt for working and not spending enough quality time with their children. Others failed to set boundaries or discipline their children due to not having the energy to enforce their rules. We were afraid to punish them and used methods like time out or talking it out instead of a good, old-fashioned spanking. Did our generation ignore the fact that setting boundaries for children make them feel loved and cared for?

At about this time, even schools started to avoid singling out children for good behavior or athletic and academic achievements. They started implementing policies, including awarding every child instead of the few that actually deserved it. The concept of everyone is a winner became the norm. This has created a generation that has a hard time being accountable. This has left our children out of touch with reality and, even worse, with themselves.

I don’t think that anyone over the age of 35 would argue that morals or acceptable behavior are very different today. This is largely due to the lack of accountability that we started for them at a young age. Perhaps we gave them too much materially but not enough emotionally. If we let them get away with bad behavior again and again, they will assume that it’s okay to do the same as young adults.

We cannot look at morals today and not point the finger at technology and social media. Behaving immorally is easy when it is done anonymously behind a phone or computer. This has given our children a safe platform to bully others, distribute naked pictures, access pornography, and in general spread hate.

The political climate has a big hand in the widening of the gap. It is getting harder and harder to have a civil, respectful conversation about it. The topic has gotten so polarized and emotionally charged. Their desire for a better world fuels each younger generation. I understand that, but this is now being facilitated through dissidence and intolerance. Again, they are not accountable for their actions or harsh words regarding this either.

I am sure that every generation felt that they had a hard time relating to their young adult children.

The difference today is that this gap is wider than ever, and I think as parents, we helped create it. We all want our children to have and experience more than we did. This is not a new concept; however, how we went about it is far different than the generations before us.