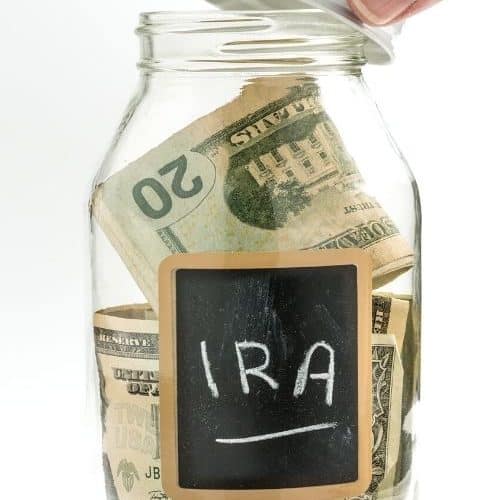 Should You Take Early Withdrawals From Your IRA?

Your individual retirement account, or IRA, is an amazing financial instrument. By investing in this account, you may defer taxes on your money as you save for retirement. That money then grows for years to provide you with a comfortable income after your working days are over. Conversely, a variant called the Roth IRA taxes your income before investment but allows for tax-free distribution at retirement. Whichever way you do the math, with the right strategies, you can come out ahead.

Sometimes, the delayed gratification of an IRA is not feasible, and waiting for these investments to mature may not be an option. It may even be necessary to draw prematurely on tomorrow’s money to survive today. To determine whether you should take early withdrawals from your IRA, here is a closer look at the costs and benefits of dipping into your retirement.

The first consequence is obvious—by deducting principal from your account, not only is there less money in your IRA for later, but there’s also less money to grow in stocks and other investments. Further discouraging early withdrawals is the penalty that the IRS assesses for taking money from your IRA prior to age 59 ½. This penalty includes a tax surcharge of 10 percent, in addition to taxing your withdrawal as gross income, meaning further tax revenue for the IRS. While the IRS has waived the early withdrawal penalty during the COVID-19 pandemic, expect it to go back into effect after the crisis settles.

Six months after your 59th birthday, you will be able to begin making withdrawals, or distributions, from your IRA without penalty. These withdrawals are optional through age 72. If you’re still working through your early sixties and contributing to your IRA, you may find it advantageous not to make these withdrawals if it’s not necessary. When required minimum distributions take effect at age 72, using a formula based on a coefficient that declines with age, you may want as much money in the fund as possible.

In addition to the temporary waiver on early withdrawals, there are some other exceptions to penalties that could lessen the blow to your retirement should you take early withdrawals from your IRA. Distributions toward medical expenses, higher education, and home construction all come without the onerous 10 percent penalty that would typically dissuade investors from touching their money early. Still, if at all possible, the best approach to an IRA is to let that money grow as much as it can.