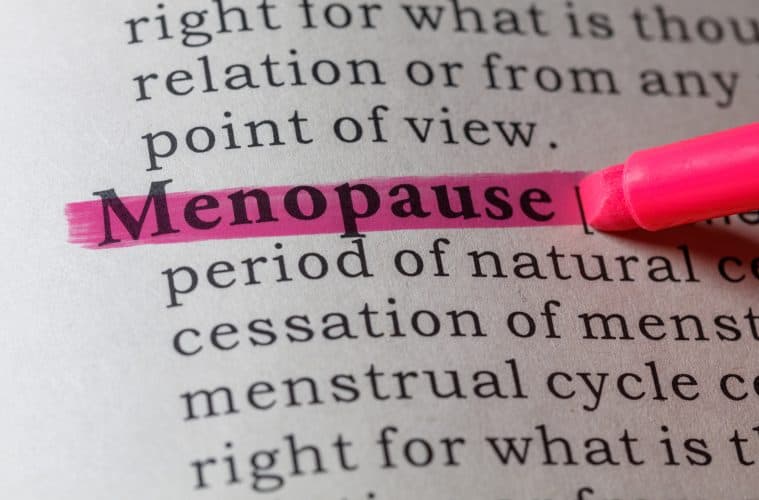 This article was written by Stephanie Raffelock, a member of our content contributor program, who is the is author of the new book, “Creatrix Rising, Unlocking the Power of Midlife Women.” She also penned the award winning book, “A Delightful Little Book on Aging.”

Why does nature keep us alive after we can no longer reproduce?

Our biological usefulness that assures the proliferation of the species is no longer needed. Could it be that there is a greater life purpose after menopause that makes nature keep us around?

We tend to discuss menopause in cold, clinical terms. Should I take hormones, or maybe herbs to help with the side effects of menopause? We vent with friends about the unpleasantness of hot flashes, low libido, and middle of the night sweats. But by focusing only on these physical symptoms, we may be missing a larger piece of what menopause is.

In recent years, there’s been a trend in the current generation of mothers to celebrate their daughter’s first menstrual period. Those celebrations have moved the onset of menstruation out of the shame category and into a space of honoring the passage that makes us women. A celebration of first menstruation relegates to the past negative phrases and attitudes like the curse or being on the rag, which were prevalent in my generation. Those phrases deserve to be banished, while the new approach gives young women a sense of accepting and loving themselves, by being ushered into womanhood by older women.

Then there is menopause, a phase in our reproductive cycle that bookends the earlier onset of blood flowing. Here the bleeding stops, and in that change there’s something just as profound as when it starts. Yet for most of us, the profundity amounts to a set of unwanted and annoying physical symptoms. Why would we want to celebrate that? By holding this passage in cold, clinical terms, wondering what we need to do to “fix” the problem, we miss the opportunity to assign meaning to the passage. We miss the revelation that menopause is an initiation—the beginning of something new, a new chapter or act in our life.

When I was a twenty-something, I chewed on the questions:

Who am I? Then, with a bit more life experience, came: Who do I want to be? Those questions have remained faithful companions throughout my life, teaching me that self-knowledge can reveal all things. The Who am I question at menopause is essential to finding meaning in this major life event.

With most initiation there is some kind of discomfort, whether a physical discomfort or emotional discomfort, such as fear of the unknown. This vulnerable place has the potential to spur us toward self-reflection and change. What if we held those unpleasant menopausal symptoms as questions from the universe meant to help us evolve into the next phase of life? For example, what if you viewed the heat generated in your body that result in night sweats and hot flashes as promptings to examine what makes you burn with passion? What if the moods caused by fluctuating hormones are an invitation to investigate unfinished emotional business with anger or grief? In other words, menopause can be held as more than just a set of physiological symptoms. Instead, menopause can be seen as the doorway into a next chapter of life that I like to refer to as the time of the Creatrix.

Creatrix is a word that has its roots in all things creative and thus ushers in a new paradigm in how we envision a woman’s life. The old paradigm as laid out by the late poet Robert Graves was that of Maiden/Mother/Crone. Graves wrote The White Goddess in 1948, which was an homage to his feminine muse and what he thought of as the summation of a woman’s life. But today, the archetypes he used are terribly outdated, and keep in mind that they were construed by a man who never lived them. Today’s young women are strong and reliant beyond ever being considered a “maiden.” The Madonna image of mother has been replaced by one of independence and strength. And Crone, no matter how you dress it up, is an insulting word, meaning a disagreeable old woman.

Graves’ paradigm of the phases of a woman’s life is being reinvented all around us, and nowhere is that more evidenced than with midlife women. As we enter into the Act Three of life, once we cross that menopausal bridge, the title Creatrix should replace Graves’ Crone. Creatrix literally means “a woman who makes things.” Men have always had archetypes, such as wizard and sage, that represent midlife and elderhood in a positive light. It’s time that women claim a positive archetype for this time in life, as well.

With the term Creatrix, we acknowledge the great surge of creativity that comes with menopause. No longer carrying the noble weight of motherhood, women are tapping into the strength and passion of making art, developing themselves as leaders, and entering encore careers or creating new businesses. We are living life in a more tuned in and contemplative manner. Because what menopause demands of you is the right amount of slowing down in order to become more reflective of who and how you want to be in the world. The gift at midlife is that you are able to reveal to others the extraordinary within the ordinary. For these reasons, menopause is a life event, a meaningful initiation, that deserves to be celebrated.

How can you celebrate the initiation of your own time of menopause? You can have a party and raise your glass. You can create a ceremony with symbols that mark the passage and invite your friends. Or, you can create a solitary ritual in nature, undertaking a special hike or pilgrimage to a place of beauty that symbolizes your Act Three—a powerful flowing river, a hill or mountain top surrounded by stunning vistas, a flower-filled meadow opening from a forest trail. Some women need to mourn the passing of their motherhood – there is powerful ceremony within that too. There’s no right way or wrong way to do it.

I created a personal ritual for myself to honor the arrival of my own menopause.

First, I went to a place in the forest near my home where I found a tree that represented the majesty of this bridge I was crossing from the motherhood years to the Creatrix years. I rested against the tree and felt her holding me, bearing witness to my process. I did a short meditation of following my breath, and when I felt ready, behind closed eyes, I began a creative visualization.

I imagined that I was at the mouth of a great cave. I could hear women inside chanting and drumming, and as I walked toward them, I saw they were dancing around a fire as they chanted. The women stopped when they saw me and beckoned me with open arms. “Come to us. Join us,” they said. And I walked into the arms of an old woman with long white hair. She hugged me and rocked me back and forth. Then she pushed me back, holding me at arm’s length and turned me around so that I was facing the other women.

“Welcome to your lineage,” she said. “The women in our circle represent the women who went before you, paving a way and also paying a price. Some of them are relatives, some are unknown to you, but all of them are family. Dance here. Visit us here. Know that in the history of us, and in the DNA of you, is everything you will ever need to move you into living life as though it were art.”

Then the women held out their hands to me, palms turned up and facing toward me. A small light appeared in the center of each of their palms, emanating out and directed at me. The transmission of all the world’s women—all their suffering, all their joy—flowed to and through me, and I allowed myself to cry.

I thanked these women before I opened my eyes. My back against the tree that protected me, my heart filled with a joyful anticipation of entering the Third Act – the transformative part of the story. All of that ritual happened in my imagination, but it was powerful, true, and sweet tasting to my soul.

The initiation into midlife is a claiming of your power, your deepest love, and your greatest appreciation for the life you’ve lived. You can have a party or you can create a ritual. You can share the passage with others, or you can walk it alone in your imagination. Find a way to celebrate and honor yourself for the distance you’ve traveled. Allow yourself to embrace the midlife years and beyond with all of their creativity, power, and passion that is their gift. Rise into your new life, like a Creatrix.