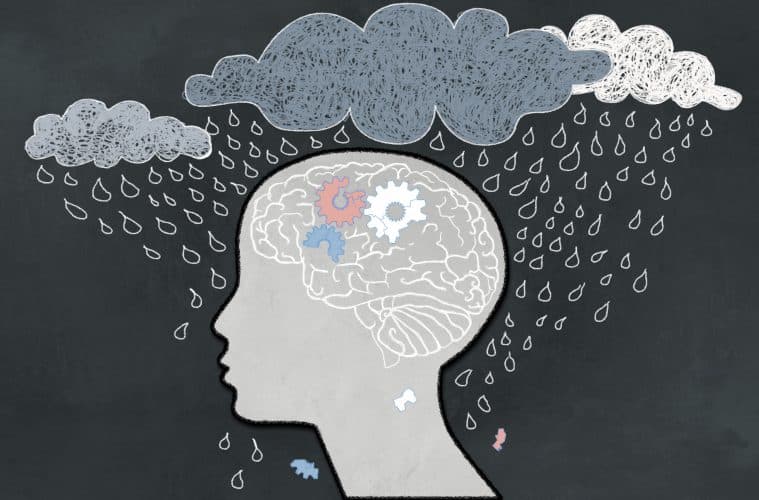 Does Menopause Cause Depression?

Does Menopause Cause Depression?

Each year, approximately 1.3 million women in the United States experience menopause. In medical terms, a woman becomes menopausal when she hasn’t had a menstrual period for 12 consecutive months.

Menopause occurs when a woman’s ovaries stop producing eggs—and for the majority of women, this happens in their 50s. When the female body stops producing eggs, the levels of estrogen hormone present in the body decline.

For anywhere between four and 11 years prior to a woman becoming menopausal, the female body enters a period of transition as it prepares itself for menopause. Known as perimenopause, this is the stage of the female reproductive lifecycle when estrogen levels begin to fluctuate and progesterone hormone levels start to fall.

Although some women become perimenopausal as early as their mid-30s or as late as their 50s, most women experience perimenopause in their 40s.

During both perimenopause and menopause, the female body changes significantly as hormone levels fluctuate and decline. And for many women, the sudden and dramatic shift in hormone levels can result in mood swings and even depression.

In today’s society, the term depression is becoming increasingly common—but what exactly is it?

According to the American Psychiatric Association (APA), depression is a common and serious medical illness that negatively affects how you feel, the way you think and how you act.

In fact, it’s estimated that each year, one in every 15 adults is affected by depression, while one in every six people will personally experience depression at some point during their lifetime.

And while depression can and does affect both men and women alike, research tells us that on average, women experience depression twice as often as their male counterparts.

Understanding the different types of depression

Although there’s still a great deal to learn about depression, the four most prevalent types of depression are:

The most commonly diagnosed type of depression, major depression induces an extremely dark and all-consuming state of mind in the sufferer and often results in: disturbed sleep, changes in weight and appetite, low (or the total loss of) energy, and an overwhelming sense of worthlessness.

This form of depression relates to a low mood that’s affected the sufferer for a period of at least two years. And while many individuals with this type of depression are able to function properly day to day, it nevertheless leaves them feeling very low.

Previously referred to as ‘manic-depressive disease,’ bipolar disorder causes the sufferer to experience episodic periods of depression as well as periods of extremely high energy and activity.

Individuals diagnosed with SAD become depressed as the days get shorter during the fall and winter. It’s believed that the mood of the individual lowers as the body’s natural daily rhythm reacts to the changing seasons.

A severe and extreme form of premenstrual syndrome (PMS) normally starts just after ovulation and ends when menstruation begins.

This form of depression affects around one in every seven women and can induce minor and major episodes of depression either during pregnancy or within the first year of giving birth.

The link between menopause, perimenopause, and depression

It should come as little surprise to learn that during perimenopause and menopause, women face a greater risk of depression. As estrogen hormone levels become increasingly erratic, they have a significant impact on a woman’s brain, as well as her nervous system, which can result in regular mood swings and episodes of depression.

But it’s not just fluctuating estrogen levels that can affect a woman’s mood and emotions during menopause. When the ovaries stop producing eggs, testosterone hormone levels also fall—and this, too, can contribute to symptoms of depression.

Other potential causes of depression

Although hormonal changes undoubtedly play a significant role when it comes to increased symptoms of depression during menopause, they are by no means the only factor to consider. In fact, there are a number of other reasons why women may experience mood swings and possible depression as they become menopausal, some of which include:

How to get help

During perimenopause and menopause, many women experience regular mood swings, low energy levels, sadness, frustration, irritability, and depression. They are all perfectly natural and normal feelings to experience, but it’s important that you don’t suffer alone or in silence.

Reaching out and speaking openly about how you’re feeling is the kindest and most important way to help yourself during menopause. You may find it helpful to speak with:

Depression is a common and treatable condition that many women experience during menopause. There are many different treatment options available to help relieve the symptoms you’re experiencing, and by reaching out and speaking with a healthcare professional, you’ll be able to access the support you need when you need it.